The Dalai Lama is reported as recently addressing thousands of devotees in Ladakh, where he described the basic principles of Buddhism as a faith that stands for wisdom, compassion, peace and brotherhood. He also underlined the importance of spiritual development of mankind, particularly in the present time.

As he said, "there has to be openness, truth and compassion.This strife torn world needs the message of peace and progress now more than ever before". 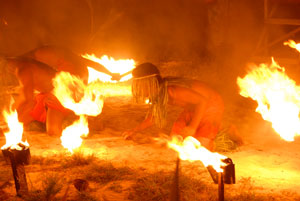 TV filled with news of violence

I rarely watch the TV news these days as I find the strong bias towards stories of conflict, injustice and violence fills me with dismay and sorrow. Okay, I do follow up this reaction with a strong sense of compassion for both the victims and the reported aggressors, but I have come to the conclusion that it is not helpful to feed myself a daily dose of these distressing stories. It is enough to check out the news every few weeks and instead use my precious viewing time to learn from indepth documentaries and interviews of people who have led interesting lives and can help me learn more about the human condition and the precious planet we live on. Sometimes I wonder if a daily diet of the seemingly endless flow of 'bad news' stories of conflict and violence is more inclined to feed our masochistic or self righteous tendencies, rather than evoking compassion.

To help clarify this question around compassionate response and action, I turn again to the Dalai Lama. Earlier this month, I quoted from the Dalai Lama's Prologue of his latest book, The Middle Way, Faith Ground in Reason,  in which he writes about the power of compassion. Here is what he says in relation to the bloodshed and terrorist activities dominating the world media today:

Dalai Lama on compassion in times of strife

"The need to systematically cultivate and enhance this natural capacity [for compassion] is today more urgent than ever. In modern times, due to population, technology, and the modern economy, the world is now deeply interconnected. The world is becoming much smaller. Despite political, ideological, and in some cases religious differences, people around the world have to work and live together. That’s reality. So the role of compassion on the international level is vital.

Every day, the media brings news of bloodshed and terrorist activities. These events do not come to pass without causes or conditions. Some of the events we face today I think have roots in negligent actions in the eighteenth, nineteenth, and twentieth centuries. And unfortunately, there are some who deliberately try to escalate people’s vengeful urges for political gain. What is the best way to face this violence? I would argue that it is not through more violence and bloodshed. Problems rooted in violence cannot be solved by violence.

Why is this? Firstly, violence by its nature is unpredictable. You may start out with a certain goal of “limited” violence, but then it gets out of control. Secondly, violence harms others, and violence therefore creates more hatred in others’ minds. That in turn creates the seeds for future problems. War is like a legalized outlet for violence. In ancient times, when countries were less dependent on each other, the destruction of an enemy could be construed as victory for oneself. But today, due to the profound interconnectedness of all nations, war is ineffective. The destruction of your enemy just ends up destroying yourself.

I often tell audiences that the twentieth century was a century of violence, and through that experience we now know that violence cannot solve problems. The only way to solve them is with peaceful resolution. Therefore, the twenty-first century should be the century of dialogue. For that, we need determination, patience, and a broader perspective. Again, this is where compassion has an important role. First, as I mentioned, it brings us self-confidence. Compassion brings us deep recognition of others’ rights. Compassion also gives us a calm mind, and with a calm mind, we can see reality more clearly. When our mind is dominated by afflictive emotions, we can’t see reality, and we make poor decisions. Compassion gives us a more holistic view.

I respect the world’s political leaders, but sometimes I think they should have more compassion. If even one of these political leaders cultivates more compassion, then millions of innocent people get more peace. Many years ago, at an official function in India, I met a politician from the Indian state of East Bengal. The meeting included a discussion of ethics and spirituality, and he said, “As a politician I don’t know much about those things.” He was probably just being humble, but I gently chided him. Politicians need more ethics, more spirituality, I said. If a religious practitioner in a remote area does something harmful, it probably doesn’t have much global effect. But when leaders and politicians are not mindful and compassionate, it is very dangerous. 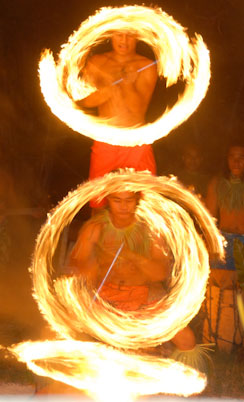 I believe compassion is not a religious matter. Some people think compassion and forgiveness are the domains of religion, and if people have a negative view of religion they may become negative about these things as well. That’s a mistake. Whether we accept a religion or not is up to the individual, but as long as humanity inhabits this world, these deeper values are crucial and must not be neglected. Everybody is making every effort for material prosperity. That’s fine, but if in the meantime we neglect our inner world or inner values, we will not be happy. We must combine material development with the development of internal, human values. We need to develop respect, love, and a sense of compassion in order to have happier lives, happier families, happier communities, and finally a happier world. We need these inner qualities. This should be the ultimate goal of education today".

Hopefully, the Dalai Lama's continuous teachings on how violence breeds violence, rather than long term solutions, combined with his emphasis on compassion and ethical behavior, will encourage each and every one of us, from the lowest to the highest positions in society, to continually review our emotional and physical responses to conflict and violence in favor of increasing our compassionate and skilfull, ethical responses.

What do you think? Please add any thoughts you may have below in the comments box.