In one's search for the seeds of ill will to weed out, I have often been surprised to discover subtle elements of ill will lurking amongst seemingly innocent reactions to surprise prompts.

Only yesterday I discovered some disconcerting evidence of one of these underground streams of subtle ill will manifesting in disguised form in the reply I gave to an interesting question posed by a young man (32 years old) who is close to me.

He asked if I felt that, at 62 years old, I was running out of time to do all the things I wanted to do. This was a deep question and I failed to honor it by pausing and quietly contemplating how to answer. Instead, I can see now that I fell prey to the negative, 'glass-half-empty' stream of karmic predispositions (habituated responses) and launched into a little speech expressing relief at drawing nearer to the end of this life as I could now put aside career ambitions and demands and I might be able to avoid some of the painful effects of anticipated global warming and the fall of the Anglo/American empire!

I acknowledged that I would not actually avoid these painful anticipated consequences of actions (seeds of karma) already taken as I would be reborn into the flow of cause and effect. However, in this new life there would be a new set of learnings that would condition my early years and would hopefully be more helpful than the set of conditioned childhood learnings from this present life. I expressed the view that there seemed to be an ever-increasing gap, or dissonance, between values, skills and expectations learned in my youth and what is dominant today. My perceptions as I spoke were of the dark side that I might avoid and yet I was simultaneously feeling content with my life and happy. What a contradiction! What a self-centred view! No wonder I felt uneasy and later wanted to replace my answer with one of the many more optimistic and compassionate responses that flooded in.

However, it still took me some time to discover why I felt uncomfortable with my quick response to my friend's question. In fact, it was not till my meditation this morning that I finally noticed the emphasis on 'self'; the separating of self from others; the separation of this life from that life and, above all, the lack of compassion. A couple of years ago, one of my teachers gave a profound teaching that I have contemplated ever since. She said, "altruism is the greatest happiness!" I was on retreat at the time and had the daily practice of wishing healing and happiness to a long list of family, friends, teachers, clients and acquaintances. Running through this list, I noticed that each of these people (and myself) did indeed appear happy when they helped others or reflected on how they had helped another. 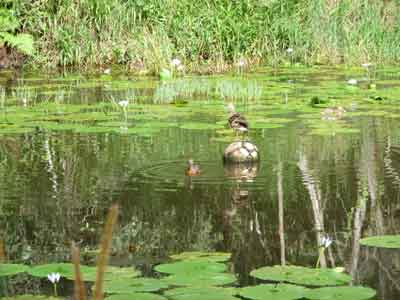 So, how do I see my answer to the young man as flavoured by ill will? It appears to me now that there was both ignorance (delusion) and ill will in my answer. The ignorance was based on an implicit sense of separate identity and manifestation and the ill will was in caring more about my escape than about the anticipated suffering of younger people and, indeed, all beings caught in the sufferings of Samsara! This incident strikes me as a good example of the power of karmic predispositions that have a tendency to impulsively push aside more recently adopted compassionate and appropriate learning and aspiration.

So my answer now to the young man can be summarised as:

"No, I do not feel that I am running out of time! I feel I have been very fortunate in this life but I have a lot to learn. There is abundance all around! I need to use every moment of life, now and in the future, to be present, compassionate and aware so that I can better understand how to promote happiness and wellbeing for all. The ending of this body form is not an ending but a transition into another life form, with yet more opportunity for learning, experiencing and giving".

Well, how would you answer the young man's question? Any reflections on the sense of "time running out" and "not enough time to do what one wants in this life" would be most welcome.

Wishing you well and happy,

7 responses to “Discovering hidden stream of ill will”